Have you ever wondered where the inspiration for a musical comes from? If you didn’t know, they are often from books that are right at your local library and have been in circulation for decades! Gaston Leroux Phantom of the Opera has been haunting readers since 1909 while Alain Boubil’s Les Miserables bring to life the characters of the book of the same name, first published in 1862.

Audiences love seeing stories they recognize and resonate with presented in new and flashier lights (gobos and strobes often includes). However, it’s important to know where some of out favorite song-and-dance numbers come from and the story behind the song. Perhaps next time you’ll be able to read it before you see it!

Ever wonder where the Wicked Witch of the West and Glinda got their start? What happened Pre-DG (Dorothy Gale)? This musical is based on Gregory Maguire’s 1996 book Wicked: The Life and Times of the Wicked Witch of the West. Maguires book shows us Oz through the eyes of two unlikely friends, Elphaba and Galinda. This novel itself is based on L. Frank Baum’s The Wizard of Oz, which also was adapted into the well-loved Judy Garland film — and multiple musicals! 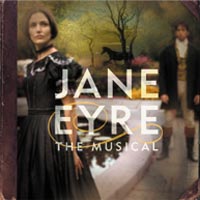 Based on Charlotte Brönte’s 1847 novel of the same name, this gothic retelling follows the life of Jane Eyre. Jane makes a life for herself after being orphaned and forsaken by her family, teaching and eventually working at Thornfield, the estate of Edward Rochester. A tale of love, tragedy, loss, and the enduring human spirit, this musical will strike a chord with fans of the novel. 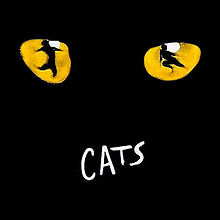 The Jellicle Ball that we get from Lloyd Webbers Cats finds it’s inspiration in T.S. Eliot’s Old Possum’s Book of Cats (1939). Favorites like Mungojerrie and Rumpleteazer, Grizabella, Rum Tum Tugger, and Mr. Mistoffelees are based on cats featured in this poem and amalgamations from Eliot’s work. So Cats becomes not only a great excuse for some 80s-style spandex, but a change to dive into poetry surrounding some of our favorite household companions.

Roald Dahl’s classic tale of a little girl who loved to read, discovered she had some super powers, and didn’t quite fit in found it’s home on Broadway in 2013. Originally premiered in the West End, Kelly & Minchin breathe new life into Matilda, the Wormwoods, Miss Honey, Bruce, and Miss Trunchbull. The musical’s content is appropriate for kids and adults alike, but let’s face it — “sometimes you have to be a little bit naughty!” 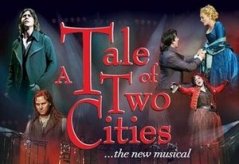 Charles Dickens is no stranger to Broadway. Beginning with Oliver Twist’s transformation into the well-loved musical Oliver!, Dickens’ complex stories and close examinations of the human experience have resonated with readers. Blending elements of operatic presentation within the musical, this piece is comparable to the style of Les Mis. However, it didn’t have the same staying power and is largely considered a flop. But with beautiful and intricate music paired with a story that has stood the test of time, it’s worth both a listen and a read.

Luisa May Alcott brightened the lives of many young women with her autofiction novel Little Women. The story focuses on the four March sisters and their different ways of existing in the world over the passage of time from childhood to womanhood. The Original Broadway Cast starred newly-famous Millie star Sutton Foster in the role of tomboy Jo, and now boasts a musical theatre standard for many young female performers: “Astonishing.” 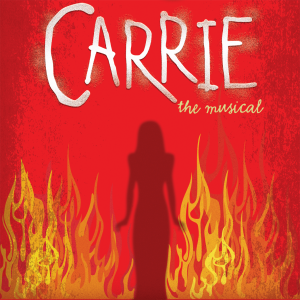 No one thought they could do it, but they did it. Pitchford & Gore turned Stephen King’s novel of the same name into a musical. The story followed Carrie, a young girl with a strict religious upbringing who finds out she has special telekinetic powers. Though a flop, this has become a cult classic: including both the shower scene and a blood-drenched prom — and it has an amazing musical score to back it up. If you’re new to King’s writing, this is a good place to start! 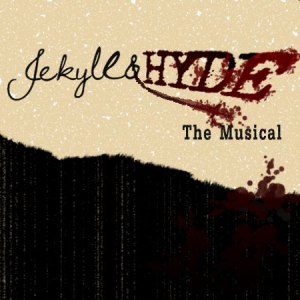 Most high school English classes require students to read Louis Stevenson’s Victorian thriller The Strange Case of Dr. Jekyll and Mr. Hyde. Did you know that this well-known scary story and Broadway both have David Hasselhoff in common? This version of the story delves deeper into the idea of duty to family, romance, and the duality of human nature. The story is just that, a story and a quick read — definitely worth picking up before listening to Wildhorn’s engaging and gripping musical score. 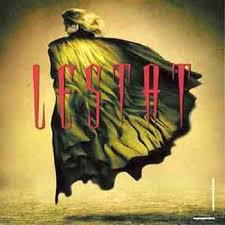 Vampires are all the rage these days, and based on their lifespans — for a while now. Based on Anne Rice’s The Vampire Chronicles, we follow famous vampire Lestat. The Original Broadway Cast featured Carolee Carmello as Lestat’s mother and later companion. An unlikely pairing in Elton John, but as the show states and the character demands: “I am the Vampire Lestat, and I will live forever.”

Another Dickens tale! The Mystery of Edwin Drood was Dickens’ final novel — and remains unfinished. Taking that into account, the musical has multiple endings, to be voted upon by the audience members. Who is behind Drood’s mysterious disappearance? Will the audience find the culprit? A great read and tale if you like to choose-your-own-ending and let your imagination soar.

Other musicals that have been transformed from text include: 42nd Street, The Adventures of Tom Sawyer, The Bridges of Madison County, Dracula, A Gentleman’s Guide to Love and Murder, Man of La Mancha, Once On This Island, Ragtime, State Fair, The Three Musketeers, A Very Potter Musical, The Wiz, The Woman in White, Wonderland, Zorro, and MANY more! These books cover a variety of themes/topics, age ranges, world views, and handles on reality (or rather, unreality).

If you’re interested in finding out more about this topic, the internet is also a good place to start as Wikipedia has a list for everything, including: Musicals based on Novels, Musicals based on Film (Bring It On!, Xanadu, Newsies), Musicals based on Comics (Annie, Peanuts, Spiderman: Turn Off the Dark), and lists of every musical ever written organized just about any way you could fancy (year, title, authors/composers, etc)!

So “ease on down the road” to you local library to explore your next crossover favorite!